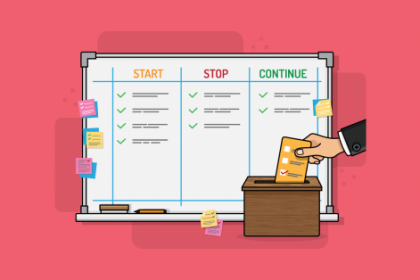 This is the step that follows the Sprint Demo in the Scrum process. During the ‘Retro’ the Scrum Team inspects itself. They create a plan on how to adapt during the next Sprint. The Sprint Retrospective is an opportunity for the team to develop transparency and to inspect and adapt. In other words, a sprint retrospective meeting is to find what activities and things the team is doing well, what activities should be continued, and what more can be done to improve the next Sprint to be more enjoyable or productive.

There’ll be a time during the “Retro” when members have to express their discomforts. Unfortunately we all generally suck at dealing with disagreements. These can result in compromises. Teams may even end up settling for (less than) mediocracy if only to avoid conflict. In Scrum however, we align and develop transparency so we can raise our level of competence. We work on living the Scrum Values so we can do just that.

The hierarchy of competence can be depicted as: 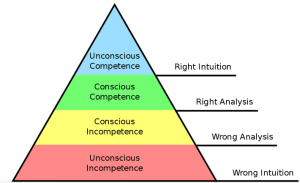 Steps in sprint retrospective:
Usually retrospectives are a little more sophisticated than that. Most follow the 5 steps:

1. Set the stage – Set the goal; Give people time to “arrive” and get into the right mood
2. Gather data – Help everyone remember; Create a shared pool of information (everybody sees the world differently)
3. Generate insight – Why did things happen the way they did? Identify patterns; See the big picture.
4. Decide what to do – Pick a few issues to work on and create concrete action plans of how you’ll address them
5. Close the retrospective – Clarify follow-up; Appreciations; Clear end; How could the retrospectives improve?

What went well in the sprint?

The possible question that can be asked, to understanding the reason behind a success in the iteration by asking ourselves what went well to acknowledge all the good things that have happened.

During our Scrum team’s retreat, each member contributed a couple of factors that they liked about the sprint process thus far. Here’s what we were able to come up with:
1. Fun/productive work environment
2. Making new friends
3. Working as a team to do accomplish tasks
4. Bearable timelines
5. Learning new things

Clearly, some things were much appreciated than others. They were the following three:
1. Teamwork. As commonly stated, “Teamwork makes the dream work baby”
2. Productive work environment.
3. Meeting deadlines

What went wrong in the sprint?
While questions in this section should not be asked to assess the performance of the individual or to penalize, but to gather information, and to identify the ways to resolve it in the upcoming Sprint. Where better to look to make improvements than where things are not going well? In fact, this question unearths difficulties, issues and dissatisfactions that the team are currently facing with.

Our team members also had the opportunity to be honest and express the things or situations that they suggested needed some improvements. The following issues came up:
1. Poor communication
2. Improper division of tasks
3. Pressure to keep timelines for some tasks
4. Gender inequality
5. Work being rejected multiple times
Again, some issues were more popular than others thus needed to be looked into faster. They were the following:
1. Poor communication
2. Improper division of tasks

The next section basically focuses on identifying the possible corrective actions from the past success, failure, and learning. A number of corrective actions will have to be decided upon to remedy the retrogressive issues identified. This will give the next sprint a better success rate on all levels. This will be discussed in the next blogs: Ideas and Visions.

Here the simple procedure was identifying simply where we are going wrong and where we could say things were going as per everybody’s expectations.

Everyone asks themselves what they are doing right and wrong in their lives to make progress in various aspects of their lives.

The first step was gathering together and having a brief overview of how we have been fairing in the previous weeks . Which really helps in moving forward and we had very interesting challenges being brought up.

The second step was having a chart where we would stick our varying points aligning them in terms of similarity. If I and Irene say the same things that are not going well among st ourselves then we place in our case we were using sticky notes ,we align them horizontally since its the same point.

So you have a wall or in our case two charts where we separate our points in form of sticky notes on what we need to improve on and where we have no issues. 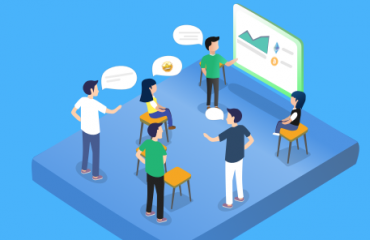